Now and then, you come across a work problem that seems impossible. In those moments, it’s tempting to buckle down and focus in, taking a microscope to the problem and reviewing it in all of its maddening detail.

This approach works for small problems, but it’s not always the best way to tackle larger ones. To solve a big problem, you need a big idea. You need principles of psychology, sociology, philosophy and business to back you up, with a few old sayings thrown in for good measure.

Theories to help you troubleshoot

1. The theory of constraints

If you want to make your system as strong as possible, you have to look for the biggest constraint and focus on fixing it. For example, if your supply chain is broken, you need to look for the bottleneck. Fix what’s stuck and everything will flow more smoothly.

When people want one thing but society says they should want something else, they'll often change their preferences to conform to the group. If you’re dealing with conflicts on your team, take people aside one at a time and ask them what they want to see happen. You might find that when people feel less pressured, they'll express wants that are more original and more useful.

In the 1950s, scientist Max Planck suggested that scientific progress doesn’t happen because individuals shift their viewpoints. Instead, each new generation comes to accept new truths as those who clung to false ideas slowly fade out of the picture.

New ideas take hold when they become the norm. You don’t need to convince every single person on your team to make a change. Idea evolution will do much of the work.

Once upon a hypothetical time, a management team sat down to approve plans for a nuclear power plant. They agreed on the plan terms in moments and spent the rest of the meeting debating the color of the plant’s bike shed.

People often fixate on details that are trivial but easy, at the expense of more important ideas that are difficult. When you see a disagreement that isn’t going anywhere, step back and find out what people are really concerned about.

All complex systems evolve from simpler systems. When you’re developing a new solution, think of the simplest way to build it. A simple solution has fewer moving parts and variables, so it’s less likely to implode once it’s in motion.

Think about it — would you rather design a bicycle or a rocket ship?

Developed for software design, the robustness principle tells you to be strict with yourself but generous with others. Always have higher standards for yourself than for the people on your team.

In poker, table selection reminds players that you can’t win if you’re playing above your level, and it’s an important lesson for business leaders too.

Don’t try competing against Amazon — you’ll lose, and you’ll have wasted valuable resources in the process. Instead, choose a market where you have a chance at coming out on top.

8. The circle of competence

Tycoon investor Warren Buffett frequently reminds his followers that the key to success is knowing the limits of your expertise. You know a lot about some things, but less about some others. If you’re honest with yourself and operate within your circle of competence, you’re less likely to get in over your head.

Writer, entrepreneur and Twitter personality David Perell tells his followers to “become the only person in the world who does what you do.” This is a great solution when you feel like you’re drowning in competition. Offer something truly unique and you can never be replaced.

Demand curves almost always slope downward. In economics, it's because when the price for something goes down, more people can afford it, but the principle works for more than just money.

When something gets easier, more people will do it. Need more people on a project? Make it more approachable. Want more people to sign up for your free trial? Don't require a credit card.

This scientific principle says that a little of something can have the opposite effect as a lot of that same thing. Like stress, for example: a little stress can motivate you to work harder, but a lot can leave you overwhelmed and totally unable to focus.

Understanding hormesis reminds you not to throw everything you have at a problem. Try the solution on a small scale, then gradually scale up.

Emergence theory holds that when simple forms or ideas come together, they create something that no one could have predicted from looking at the source ingredients. This means not all transformative solutions come from nowhere. Some are the result of combining existing ideas that look simple on their own.

Convexity is a risk management principle often used in finance. It tells you to look for opportunities with a high potential for gain but a limited risk of loss.

This is a helpful guiding principle when you’re trying to choose among multiple possible solutions. It reminds you that big risks and big rewards can be tempting, but you’re better off without the “big risks” part.

To invert something means to flip it over so you see it from the other side. In business, the concept of inversion tells you that if you’re stuck on a question, try asking yourself the opposite question.

Instead of asking, “How can we fix this problem?” try asking, “What caused this problem in the first place?” If you identify the cause, you can usually see a way to a solution.

If you try to create something that works for everyone, you’ll end up with something that’s perfect for no one. Instead, focus on a particular pain point or need. Think of a problem that your customers have and ask yourself how you can solve it.

By focusing on solving that one problem, you’ll create a truly effective solution. Then, if you want, you can start to look at other applications for that solution.

We live in a society that values "the now." Instagram Stories and Snapchats only stay up for 24 hours, then they’re gone forever. A statistic from three years ago is too old to cite in a presentation.

This mindset blinds us to established wisdom. Break away from it by asking yourself how people and companies have solved issues like this in the past.

On the flip side, strategies tend to get less successful as methods mature, especially in marketing and sales. When ad blockers came along, digital marketers had to come up with new techniques. If your results are on a downswing, look at what’s changed. You might need a new tactic.

Competing just means you’re going after the same destination, it doesn’t do much to help you find the right path. Look for the problems that other people aren’t addressing and work on fixing them. Take on the project that no one else wants. You’ll be instantly more valuable.

A Faustian bargain is when you give up long-term success for a short-term win — like the medieval Dr. Faust, who sold his soul to the devil to enjoy earthly riches. Those immediate victories feel good, but if you have to take a loss to get them, make sure the loss is worth it.

In other words: Don’t put more on the line than you can stand to lose.

20. The medium Is the message

When you have something to say, think carefully about the channel you’re going to use to say it. Think twice before you deliver bad news via email. If you need to get everyone fired up, try to do it in person (or at least via videoconference).

21. If you hear hoofbeats, think of horses, not zebras

Don’t fall into the trap of assuming that the right answer is going to be hard to find. The key to solving your problem is almost always hidden in plain sight. Just look at the problem you have to solve and start with the most obvious explanation.

The world is inherently logical. When things don’t make sense, it usually means that you have to adjust your thinking. What about the situation goes against the way you perceive the world? Learn from what’s in front of you, let your mindset change, and your next step will show itself.

Like confusion, paradoxes are psychological tools. The most profound insights usually go against what we already believe, and it often turns out that both truths are correct.

Everything you do costs you the opportunity to do something else. Always know what you’re giving up so you can make a particular choice. It’s how you know you’re doing the right thing.

25. Creativity begins on the fringes

The most innovative ideas don’t come from the spotlight. If they did, they wouldn’t truly be innovative, because they’d already be out there. You’ll always find the most creative solutions on the edges of crowds, not in the center.

Bookmark this list or print it out and hang it on your wall. Next time you get stuck on a work problem, look through these ideas and ask yourself: What am I not seeing yet?

Ready to make your scheduling process more efficient with Calendly? Sign up for your free 14-day Pro Trial today. 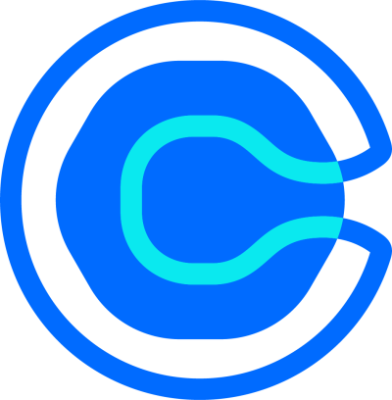 Calendly's modern scheduling automation takes the work out of connecting with others so you can accomplish more. For additional insights, follow us @Calendly and on LinkedIn.

Three fresh workflows you can use to automate your meeting communications right now.

Google Calendar is one of the most ubiquitous apps out there for managing our daily lives.