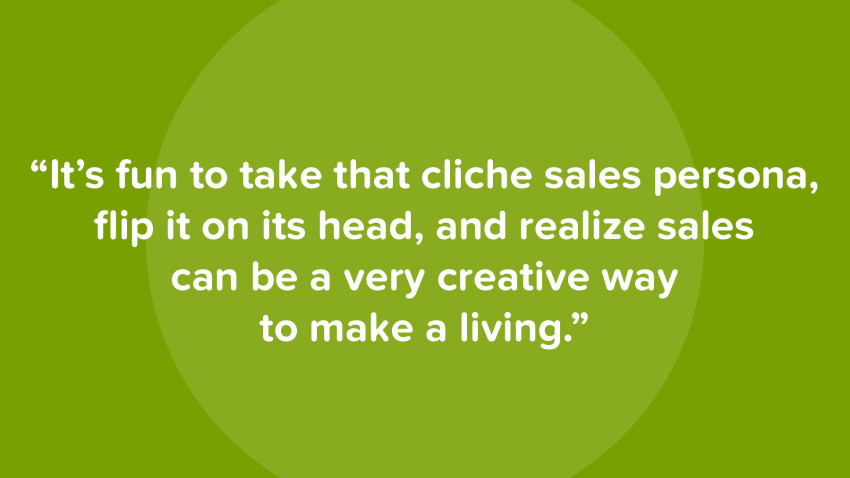 If companies are like high schools, the sales department is usually the varsity football team.

Inspiring pep talks about getting out there and crushing it.
Lots of chest-bumping and braggadocio.
A “take ’em by storm” attitude.

Brian Reuter, Zendesk’s Senior Manager of Velocity Sales (North America), believes in a different kind of sales: one founded in humility, where the patient and unassuming lead the team to victory.

To Brian, the best salespeople are passionate problem solvers and empathetic teachers. In this interview, he shares insights on fostering a support-first mentality, best practices to ramp up new reps for long-term success, and leveraging data to sell smarter in the rapidly-changing landscape of SaaS sales.

In a hurry? Get the key takeaways:

Why a support mindset is the future of sales

In his early days at Zendesk, Brian noticed a pattern in the thousands of accounts he managed: “Most of those accounts were small businesses, and what I found was that they really needed a combination of sales and support,” he said.

“They didn’t need a long sales cycle. They needed someone who could teachthem to use the product, because they didn’t have anyone implementing it for them.”

So Brian immersed himself in the knowledge of Zendesk’s support team, also based in Madison with him. And the more he learned about how to actually use the product, the more efficient his sales calls became.

“If there was a technical question on the call, I no longer had to stop and bring a third party into the conversation,” he said, “or take customer questions offline, then get feedback and come back to them.”

Based on these results, Brian has made deep product knowledge the top priority for his team, leading to more efficient sales calls department-wide. This, and the incorporation of new tools into the team’s workflow (they use Yesware, Calendly, Jing and, of course, Zendesk) has enabled the team to scale the users they serve x 100.

Your sales team may not know every intricacy of your product yet like your support team does — which could be slowing down your sales cycle. Here’s how Brian cultivates product experts, fosters a support mindset in every new rep, and keeps the team motivated long-term — even across multiple cities and time zones.

Hire people passionate about the product itself

As Zendesk’s sales process has become more data-driven and less about pursuing cold leads, “the way we hire has changed,” said Brian. “It’s helped us get people in the role who are very interested in the product itself. They really want to teach people.”

Product enthusiasts typically come with a level of commitment to the customer experience that extends beyond simply closing deals and saying goodbye.

“The main thing to look for is someone who really wants to guide people through a process,” Brian said. “As long as they’re alright with a quota, that desire to teach is going to lead them to do great, to be consistently above quota. And this makes for a happy team and a good environment.”

Use product knowledge as the first success metric

Every aspect of onboarding, evaluation and ongoing training is a chance to create experts and teachers. So “as we’ve built out the team, everything — from team meetings to team competitions — has really been focused on teaching people how to use Zendesk,” said Brian.

“We even built in little assignments during initial training, where new reps record demos and get feedback about how they’re speaking about the product, and where they can improve.”

This sharp focus on product knowledge before all else produces fully-ramped reps in a short 1–2 months, rather than a full quarter or more of ramp time.

“Since we hammer it in so early, we don’t have to do that much formal ongoing training. Reps can always add to what they already know when new features roll out, but really, they’re ready to start selling after the first month or two.”

Zendesk’s Velocity Sales team (North America) is spread across the country, but no matter where someone is when they’re hired, they spend their first two weeks at the Madison office.

“When you’re working with SMBs, constantly sharing knowledge becomes so important,” Brian said. “We have so many unique use cases that pop up. There’s no way an individual will know them all after those first 1–2 months, but someone else on the team surely has the info they need.

“Making sure new reps feel comfortable reaching out to others with questions, and that more senior reps are happy to help, is really important. You need to build that chemistry, and build it early.”

“So we try to build that bond right away. We want new people to have time to grab coffee with others, shadow their calls, get to know them.”

To prevent feelings of isolation or inferiority, Brian recommends assigning new and remote reps special projects early on, and following very intentional remote onboarding processes, so they see themselves as real contributors.

“It’s important to have even new people present a topic to everyone during a team meeting,” he said, “That way they feel like they’re bringing something to the table — that they’re giving, as opposed to just asking questions all the time.”

What it means to sell in the age of information

For a long time, sales has been tied to a “hunter” mentality. Now, forward thinking companies are positioning sales as an outward-facing extension of customer care.

“Sales is really starting to catch up with the rest of the information age,” said Brian. “Especially in SaaS, where users can be totally on their own in a Zendesk trial. On our side, you can see when they’re getting stuck. So you can be so strategic and say ‘We know you’ve done A and B, next try C, we’re here to help.’ It creates a much more targeted conversation.”

This gives sales reps room to address the big picture with each customer: why are they using X feature? What’s their greater need?

“This creates a very humble atmosphere where you can hire problem solvers, and they can be very good salespeople.”

Post-college, Brian had never wanted to go into sales long-term, primarily because of the stereotypes attached to the role. But he wanted to learn more about business, and “sales seemed like a great way to start learning about business.”

Over time, he’s seen data reshape the sales landscape — and those old stereotypes — for the better.

“I’ve realized sales doesn’t have to be an environment run by sharks,” he said. “Now that data plays such an important factor, you can be so much more humble and helpful. Humble, helpful problem solvers can be really effective salespeople.”

As data becomes increasingly crucial to every facet of business, savvy companies would do well to shift their sales process from chasing to teaching. Brian’s tips are a good starting point for catching up quickly.

“You don’t have to be overly competitive or cutthroat to succeed,” he said. “It’s been really fun to work with people who are helpful, down to earth, and who want to learn from each other every day. It’s fun to take that cliche sales persona, flip it on its head, and realize sales can be a very creative way to make a living.”

So much of closing a deal, especially for SaaS products, revolves around sales demonstrations.

How to Use Calendly with Video to Support and Retain Customers

Learn how to provide video messaging in your customer support strategy to retain happy customers.