How sales is (and isn’t!) like football: lessons sales pros can take from the gridiron pastime

Fall means football in my house. I love the game and sometimes see comparisons between the sport and the sales process. It’s hard not to think about football when the leaves are changing, and your sales team keeps talking about “playbooks.”

While there are some lessons all sales pros can take from football, the correlation between the two is pretty murky. Actual sales plays are nothing like the idealized forward plays and rules of football. The sooner sales teams realize this and actively optimize against it, the better.

3 lessons from football your sales team can use

Don’t get me wrong: The sales process isn’t entirely unlike football, and it would be unhelpful (and unfun) to ignore the similarities. As I reflect on the game and my role as a Senior Manager of Sales Enablement, three sales lessons come to mind.

1. Know your starting lineup and work together

Sales is a team sport, no doubt about it. If you want to win as a team, you need to know who is supporting you on and off the field and their roles. In the typical sales starting lineup, you have:

2. Don’t let one ‘down’ or slight derailment throw you off the play

In football, a team has four downs to try and move the ball forward. Sales teams also get the chance to try again, even if a setback is discouraging. When one conversation goes sideways, you can't be afraid to show back up and try again.

If you get frustrated and walk off the field every time you face a down, you’ll never win the game.

3. Review the tapes when a play didn’t go as planned

When sales teams have their eyes on the prize, it’s easy to get caught up in the idea that the process is all about forward motion. If only it were that easy. Sometimes we don’t see the competition coming and our quarterback gets sacked. While you work on getting back up, the competition can gain ground.

Being blindsided is never fun, but reviewing the plays helps you avoid it in the future. Review the steps and try something new whenever a play or deal doesn’t go as planned.

As much as I’d like perfect similarities between sales and football, the reality is messier. Knowing how reality drifts from expectations keeps you from being blindsided.

1. The process won’t always be perfectly linear and forward

Football follows a forward, linear motion. The sales process is not as simple. There will be times where you feel more like you’re living through a rugby scrum as you move forward, backward, sideways, and begin to feel a bit bruised.

Imagine the mayhem of not two teams but three teams (or more) on the football field simultaneously. Now, consider that those extra teams are invisible. That’s what a real sales process is like.

Unlike an actual game of football, your sales quarterback isn’t protected by their left or right tackle to avoid being blindsided. This isn’t because your team is lacking — you simply have no way of knowing everything going on in the sales playing field. Your team doesn’t know who the competitor is, how they’re positioned against you, and which direction they’re coming from.

3. You can rough the passer

If a football player roughs the passer at a time when the player is most vulnerable, they receive a penalty. Having this rule in place is meant to protect the quarterback. In sales, your team doesn’t have the luxury of these protective rules.

As you work to move the deal forward, there are forces at your customer’s company actively trying to sack your quarterback. The procurement and legal teams will come for you, and their job is to rough you up to earn the best deal for themselves.

How to make the best plays possible

Sales is a challenging (but rewarding) game that demands the best performance possible from your team. I’ve found that applying a few key rules helps the process be as smooth and successful as possible.

1. Make sure everyone knows their role

If everyone isn’t clear which play to run and what their role is in the play, pandemonium will ensue. Having a consistent playbook to work from and ensuring everyone understands their responsibilities keeps the sale going. It’s also critical to remember that it’s okay to ask for help, and your entire team should know that, too.

Everyone on the team needs to be able to find and use the information they need wherever they are. At Calendly, we use a sales enablement tool that keeps sales plays front and center in our CRM for the entire sales process.

3. Everyone has to know when the game is

You can’t play the game if someone on your team doesn’t show up, and with a packed schedule it could be easy to let the meetings fall through the cracks. Rather than relying on back and forth emails, Calendly for sales teams makes it easy for both teams to know when and where to show up. Automatic responses to inbound leads can also give you a speed advantage to take possession of the deal before competitors.

If you want your sales team to stay on top, you have to keep learning. Assessing your strategies and reviewing past plays helps you improve, and looking at the situation from a new perspective now and then doesn’t hurt either. You never know when a competitor could come for your ranking, so you have to play your best every time.

Ready to improve your sales process? Learn more about how Calendly can help your team have an undefeated season. 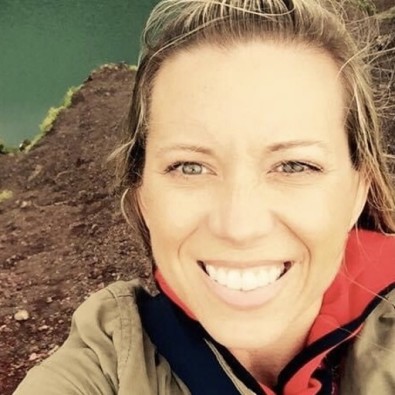 Amy leads Calendly's Sales Enablement team. From strategy to coaching, she believes the key to success lies in proving the value of enablement and driving revenue through predictable, repeatable and scalable sales initiatives and outcomes.

You pitched the sale. You shook the hands. Now it's time to deliver on the solution.

Learn how to use video messaging and online scheduling to close more deals.