Tyler Campbell was pursuing a degree in nutrition at the University of Georgia, but it didn’t quite seem to align with his passion. Examining the existential question of, “What do I want to do with the rest of my life?” Tyler pivoted to nursing.

When he then learned he was too squeamish to enter a medical profession, Tyler decided to take some time for himself to figure out what he was interested in and what he wanted to do for a career.

“I figured computers don’t bleed, so I started applying to technology jobs.”

Little did Tyler know, he would stumble upon a growing start-up that would give him his break into the tech industry.

“In fall of 2016, I had no coding skills. But I did have people skills! I joined Calendly as what used to be known as a Customer Happiness Specialist. Everyone really cared about the customers.”

Tyler helped kick off one of Calendly’s first iterations of our customer support team. Calendly was small and scrappy at the time. Everyone at every level of the organization would work together on problems as they came up.

“It was really exciting to be sitting next to our CEO, Tope, in the same room with the rest of the team. Our size and proximity at that time gave me a unique experience to do my job excellently, and also learn about other parts of the business.”

Tyler got promoted on the Customer Happiness team, and as more complex user questions arose, he got more and more exposure to the technical side of the business.

Never Too Late to Learn

“I started to learn code on the side so that I didn’t need a developer’s help responding to some support tickets. I discovered I really enjoyed that aspect of my job.”

But shifting from his current role and learning more about engineering seemed like a big deal.

Tyler assumed that if he wanted to continue building out his coding skill set, he’d have to obtain a four year degree.

Luckily one of his Calendly peers, Diego Medina, guided him towards looking into coding bootcamps in the Atlanta area where he could get the skills he wanted in only four months!

Tyler was thrilled and began researching various programs in the Atlanta area. He finally landed on a bootcamp with Digital Crafts—who happened to be in the same building as Calendly.

Tyler made the difficult decision to leave Calendly and pursue his coursework full time.

However, he stayed in close contact with his team members and would regularly pop into the office only one floor away from his class.

“The goal when I left was to try and come back.”

And so he did.

After leaving Calendly almost three years ago, Tyler’s friend and former colleague, Diego, reached out to Tyler and told him that Calendly had a role that was a perfect fit for him with his newly acquired engineering skills.

“The only place that could get me to leave my current job was Calendly. This was the squad that I had wanted to be on and it was the right opportunity at the right time.”

When he first joined Calendly in 2016, what Tyler loved most was the people and the opportunity to make a real difference with the company and its customers.

However, sometimes as companies scale, growing pains can change a culture.

Not the case at Calendly.

“When I came back to interview at Calendly again, I wondered if the culture would be the same. And the vibe I got was that yes, it is still amazing even after all this time.”

Tyler now works at Calendly as a Full Stack Engineer in Atlanta and encourages anyone who may be thinking of changing their career to make the leap and do what you love.

Check out our open positions.

Check out our job openings

Come work with us! 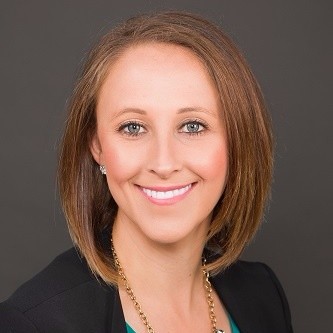 Finding his voice: The journey of Rob Wilson

Learn how our Sr. Engineering Manager, Rob Wilson, leads with confidence despite his disability.

Our UI/UX designer gives us a peek into a day in the life on the Calendly product team.