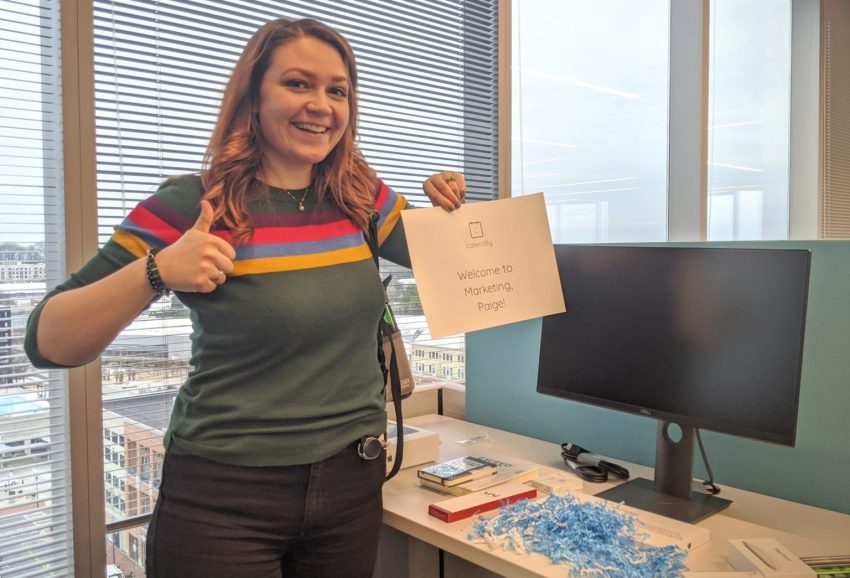 With a new job, you never know what you’re gonna get.

I was making a leap of faith from a company I loved and coworkers that had become great friends over the last few years. I needed an anchor for my decision so I could be positive I was making the right professional and personal choice.

But it seemed like there was no way for me to know for sure ahead of time.

During my visit to Calendly Headquarters I was able to confirm I was getting into neither 1) a whimsical startup where I had to slide down into a ball pit just to get to my desk, nor 2) a sticky-floored frat house with a frozen margarita machine.

Instead there were things like strawberry kombucha on tap and cushy orange armchairs scattered between the desk pods.

Everything seemed right, but I was searching for something about Calendly’s core that would assure me it’s not just the best decision now, but will continue to be as time goes on.

Then I read Calendly’s set of values. I’d found my anchor. I knew I was heading in the right direction.

I subscribe to the philosophy that with a pros and cons chart and a strong cup of tea, I can insulate myself from any unwanted surprise.

I created a 34-tabbed Google Sheet for my wedding and planned a trip to San Francisco with an itinerary so detailed, it included a 7-minute time slot to “enjoy the view of the ocean.”

I love the idea of preparation as a buffer against poor decisions. (I was very cool in college.)

I prepared every way I could, including getting my nails done to match the website illustrations.

I learned Calendly shared my love for preparation from our first interaction.

Mary from the Calendly recruiting team reached out to me on LinkedIn. I’m so used to bad {insert name here} recruiter messages, I was ready to skip it. Then I saw she’d taken the time to not only give a meaningful description of the role, but also included important details about the team, the goals of the company, and why my background specifically would be a good fit.

It may sound like a small thoughtfulness, but anyone who prospects for a living knows that tailored communication takes time.

It was my first indication that Calendly not only respected preparation, but that they did what they said would do – started with human.

I came prepared to ask every question I could think of at every stage of the interview process, but most questions were answered before I even got the chance to ask. Each response was comprehensive and often came with PDFs attached.

It showed they cared.

Ensuing video interviews with my hiring manager, Ty, always started with, “How are you doing? What’d you do this weekend?”

During my in-person interview, when Ty asked, “What are your hobbies? What do you like to do for fun?” I had to quickly reroute some neurons to switch out of prepared mode and just talk to a new friend.

The skeptic’s guide to altruism

My first couple of weeks here have proven Calendly’s values aren’t just promises, but actions. They sneak in everywhere in the most sincere, unexpected ways. They’re completely and honestly synonymous with Calendly’s culture.

I attended my first All Hands meeting my second week at Calendly. This is when I first felt the genuine, collective determination behind the company’s vision.

The whole company gathered in a meeting space adorned with patio lights and bright blue sofas to participate in what I half-expected to be a bunch of rah rah cheerleading – or as my husband would later ask if it was “you know…Kool Aid-y?” (We had just finished listening to the Bad Blood audiobook together.)

But nope, no pom poms. It was remarkably transparent.

As Tope Awotona, Calendly’s Founder & CEO, communicated how we’re tracking against our goals, the vibe in the room was hopeful, yet level-headed. When Tope revealed we’d hit record numbers, the room interrupted with a bunch of “woos” that broke into applause. When Tope pointed out what ground we have left to cover, I watched several jaws set with an optimistic, determined nod.

I recalled what Tope had told me in our very first meeting, “We maniacally prioritize. It’s the only way we can be realistic about getting things done.”

There was another core value on display – focus wisely.

The next item on the agenda was to honor several achievements. Teammates who had blown last year out of the water were each acknowledged by Tope with a personal anecdote – a real one, not something that had been written for him.

He shared a laugh and a handshake with every person as they came up, and even cracked a couple of jokes at his own expense.

The last part of the meeting recognized a teammate who went above and beyond the previous month. As his peer nominations were read aloud, I watched grins ripple through the group. That supportive energy erupted into noise the second Bill was called up to accept his award.

Bill was being honored for his work on a stubborn problem that he dedicated himself to solving, outside of his scope. He didn’t let process or lack thereof get in his way. He made the time and found the resources to accomplish something he saw needed to be done. And that’s why people were yelling out, “Yeah Bill!”

Everyone was thanking him for finding a way.

Some people are coconut people

I don’t know if you’re an almond or peanut or nougat chocolate person, but I eat the caramels. I avoid the coconut-y chocolates. But you know what? Those coconut chocolates are somebody’s fave.

I’ve been thinking the last few days about Calendly’s values as a guide. They’re kind of like the little piece of paper that comes in the box of chocolates that lets you know what you’ll really be able to sink your teeth into and what you’re not going to like as much.

When you’re part of an organization that invests in people, promotes creative problem solving, and encourages smart time management – you have all the ingredients to produce excellent outputs. You just have to find your niche.

As Oji, our Head of Product, recommended to the group of Newbies, “Crush your responsibilities first, then start to find other opportunities to lend a hand.”

Jon, our Head of CX, calls it Tinker Time, or the minutes here and there outside of your core responsibilities. “Use Tinker Time to apply your skills and radiate out to solve bigger and more complex problems.”

In other words, strive for excellence not just in your role, but widen your lens to make Calendly even better. Pick out those caramels and devour them, and when you’re done, start nibbling at the coconuts. You might just like ’em.

This is how Calendly chips away at ideas to be the best we can be. That’s the kind of company I’m proud to be a part of.

Inevitably, as you settle into a role, a team, a community – the days melt into weeks, into months, into years. There’s comfortability in routine. There’ll be hard days, weird days, awesome days, and days that will just disappear. But if your environment starts with human, finds a way, focuses wisely, and strives for excellence – your brain will stay engaged and keep sparking.

I’m starting to feel like maybe it’s okay to be surprised. I’m always learning something new and exciting that’s just around the corner.

Literally – last week I rounded the corner into the kitchen where Tim and Lauren were making immunity-boosting smoothies. Two weeks ago, we had an impromptu champagne toast for David’s new Android app release. The week I started, we were surprised with decorating Baby Yoda Valentine’s Day cookies. 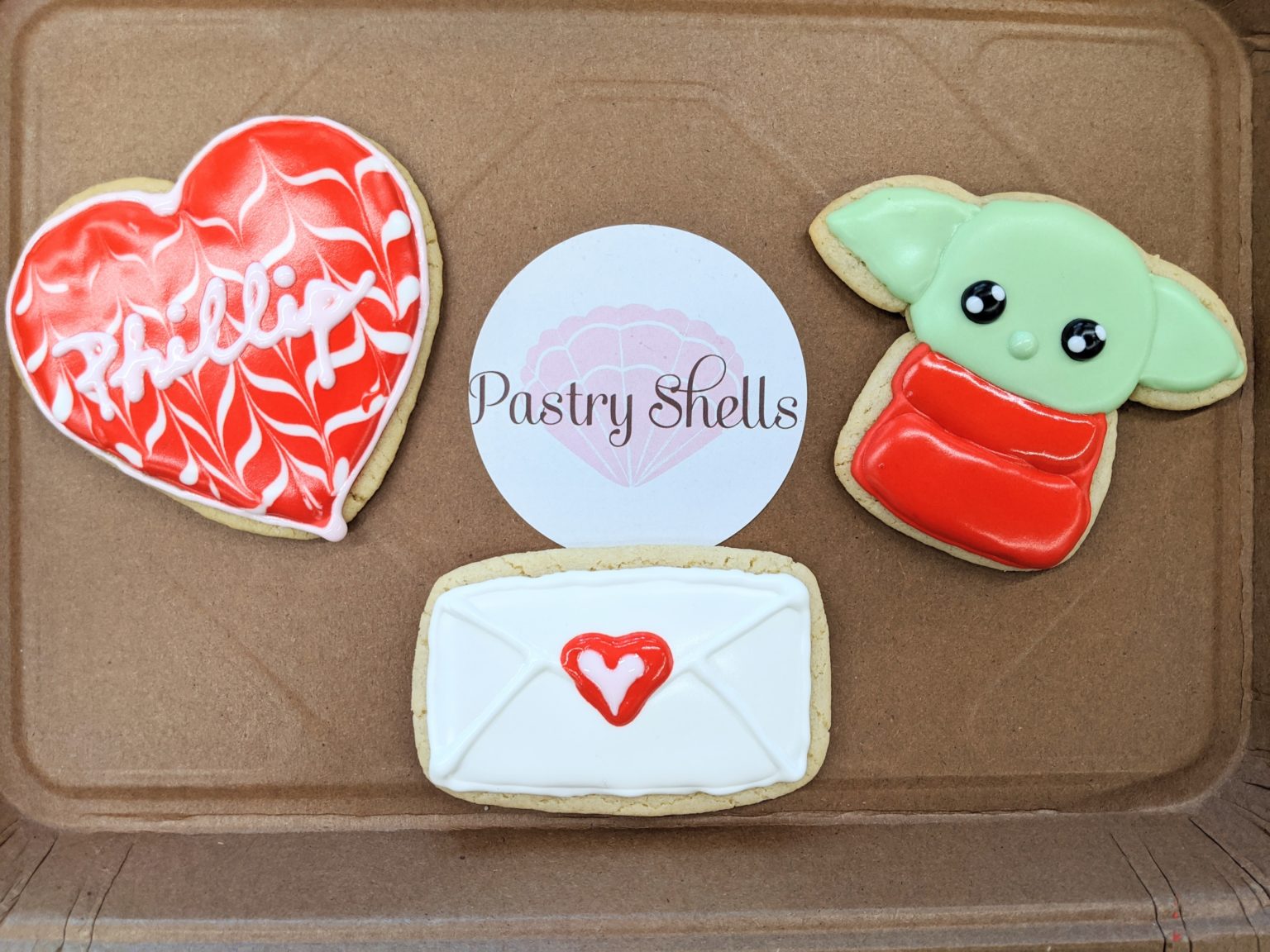 Pretty hard to beat when this is your third day.

I’m no longer the newest Newbie. Calendly team members are onboarded every week. And honestly, a couple weeks here makes you feel almost as established as the Oldies. It’s something about the energy and pace of the place – and not just from the cold brew.

It’s vibrant. People buzz around, cross-pollinating ideas from desk to desk. There are drawings on whiteboards and windows. You can walk down the row of glass-door meeting rooms and wave to all the people on giant video screens who are collaborating remotely.

Calendly Love is Monthly Game Night. Calendly Love is getting a pedicure with your team. It’s sharing pictures of our cats in the designated Slack channel – #cats. It’s bringing someone an emergency safety pin. It’s seeing our users post on social with #ILoveCalendly.

It’s hearing about a problem and jumping in to help. It’s writing sticky notes for the mirror in the women’s bathroom. It’s giving someone space to share their opinion. It’s the annual talent show. 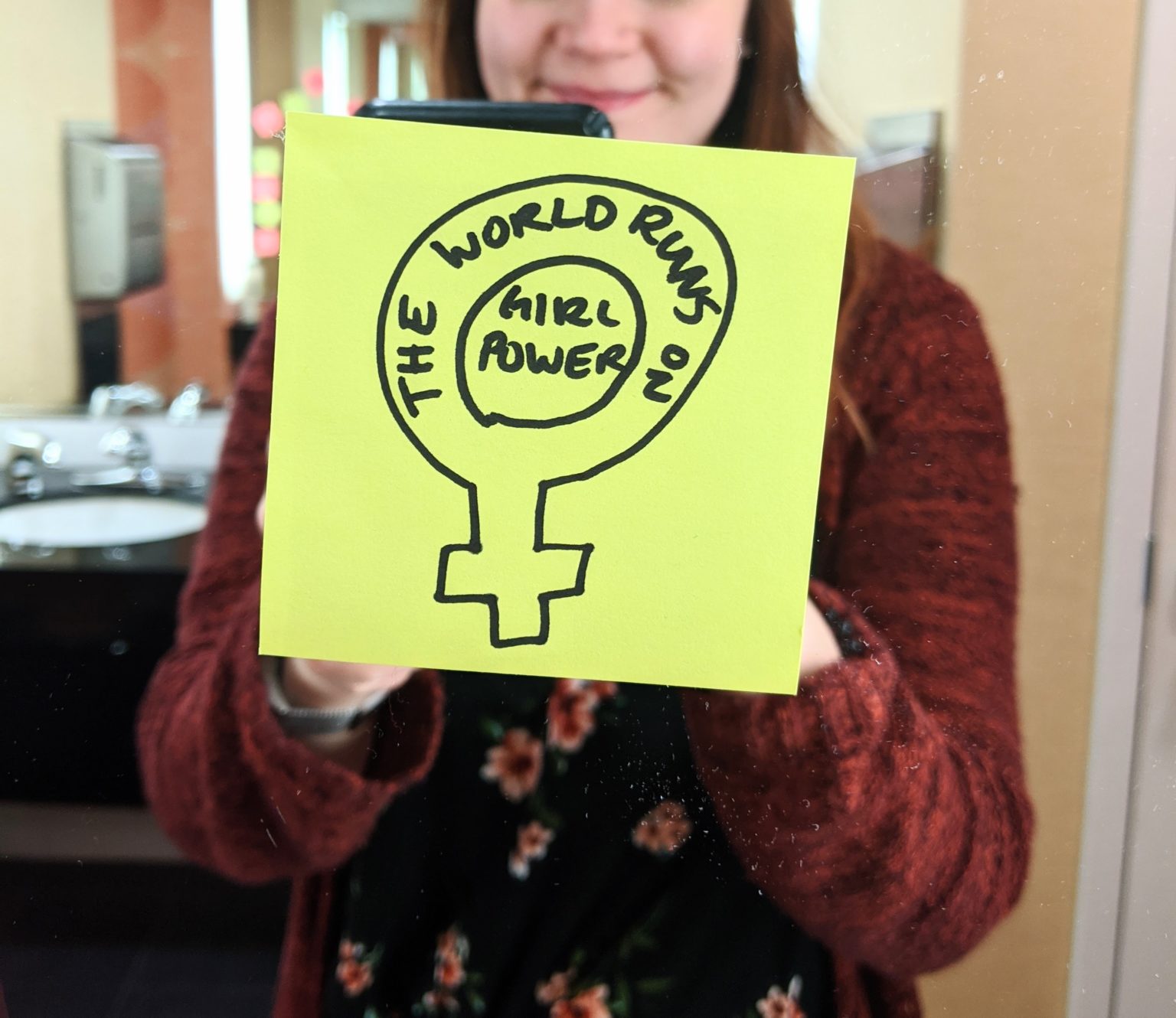 The bathroom mirror is covered in “You go girl” messages posted by Team Galendly.

Calendly Love is showing up. It’s trust. It’s a shared passion for doing something no one else has done before.

I look forward to being a megaphone for all that Calendly Love. I believe it truly changes people’s lives for the better, and I’m so proud and excited to be a part of the team behind it. 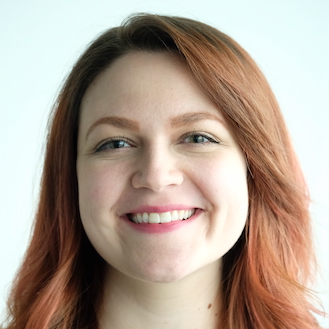 Lessons learned by the Calendly team during a challenging year, and how we're forging ahead.

I started my new job during shelter in place

An engineer's story of interviewing and onboarding at a new job while fully remote.