Lauren Petrucelli's decision to join Calendly was an easy one. In fact, she had her eye on joining the Data team at Calendly for over 10 months.

“When I first moved to Atlanta back in 2018, I had my eye on the Atlanta Tech Village and the start-ups that were booming there. I wanted to be a part of something where I could contribute, be a part of telling the data story for a company, and really make an immediate impact.

“After seeing Calendly’s continued success in the tech industry, the awards it was receiving for having an awesome work culture, and the overall company growth, Calendly was in my top 3 companies in Atlanta that I wanted to join.”

From Brain Science to Data Science

Lauren’s career journey didn’t start there. In fact, Lauren’s original plan was to become a neuroscientist, attending the University of Connecticut to learn all about the brain, including brain surgery. Soon after, Lauren noticed she started falling into a pattern of being interested in research studies.

“That’s when I was bitten by the data bug. During my time in the lab, we were using a program called SPSS to do studies on how different brain cells were reflective of someone’s IQ.

“On paper, the raw data looked really rough, but then I was enamored with how we were making these really impactful stories from that data. One of our experiments got published, and that’s when I realized how cool it was to be able to turn data into a narrative. We were actually making an impact in other people’s lives and how they were conducting their day-to-day work. That feeling was just intoxicating.”

After graduating with a degree in Behavioral Neuroscience, Lauren went on the hunt for a job that allowed her to continue her passion for data science and analysis. Lauren joined a well-known franchising business as an entry-level analyst, making her way up the corporate ladder while building helpful tools for franchisees, all the way up to being the Manager of Analytics with a 6-person team.

After four and a half years at that company, Lauren decided to take a leap into the world of start-ups, with Calendly being a top choice of companies to join. “I actually interviewed for a couple of roles on the Data team at Calendly because of how excited I was to join the company. After about 10 months of conversations, one of the Calendly recruiters, Jade Michel, called and said they had a role perfect for me.”

The moment it hit Lauren that she was joining Calendly was when she received a special gift at her doorstep; It was the package that is delivered to those who are offered a job at Calendly, containing celebratory goodies for your big accomplishment. “I couldn’t be happier at that moment, and I knew it was match-made once I received that package.”

What it’s like to be on Calendly’s Data team

On a team of 5, Lauren has the unique opportunity to make an impact on the storytelling of data at Calendly.

“Data is fascinating because it is ever-evolving. There’s always a new story to be told from any direction that you want to go down. You’re never running out of chapters to read in the story that is Calendly, and we get to be the storytellers and investigators all in one.

“It's pretty rare that you come into a company and have this level of transparency; our team is creating an impact by telling those stories so our coworkers can go in and make changes instantly."

Due to their impactful findings, Lauren explains that it’s not uncommon for the Data team to pull a report and have a different feature change in the same day because of something the Data team uncovered. “It’s really great to be a part of that process and to be contributing to anything and everything that makes Calendly better.”

When asked to discuss her favorite project she’s been a part of at Calendly, Lauren instantly references Calendly’s recent rebrand launch. “The rebrand was truly a special experience. That was an entirely new learning experience for me, with an amalgam of people that have been doing this for 10 years or people in my shoes who were doing this for the first time.This was a project we were doing all throughout quarantine, and it was a pretty remarkable way to be connected with people from different parts of the world during such a unique time.

“Being able to be a part of this initiative, as well as measure its success, is something that I don't know if I will ever have the opportunity to experience again. This project was done by all these superstar people at Calendly who have put their heart and soul into this launch. Now I get the joy of telling the success story behind everyone's hard work and efforts throughout quarantine by showing and interpreting the data post-launch.”

Working on a unique team

What makes the Data team at Calendly so unique? Lauren explains why she’s enjoyed being on the team for a little over 9 months as a Senior Data Analyst:

“The Data team at Calendly is hands-down the best team I have ever worked with. I’m wowed at the intellectual capabilities of our team on a daily basis. Because of the brilliant people I’m surrounded by, I’m getting the opportunity to learn different coding languages, different tools of the trade, and something new every day. I wouldn't be able to learn at this magnitude if I were somewhere else, because Calendly truly is a learning environment.

“Our team is the perfect mix of different backgrounds. We each have different analysis experiences with different tools, different programs, and different business structures. We get to create this meshed environment that blends all of our experience and capabilities. We are a comprehensive team, such that each of us are touching and/or covering analysis for every department in the company, but we also collaborate on many projects together. We’re not completely siloed in the teams we are working with, and we are in a sharing and learning environment, which is fantastic.

“Put yourself in a room with 4 brilliant people and you’re going to come out with some pretty awesome stuff. It’s really great to work with the team I’m on, and I’m truly grateful to be surrounded by them.” 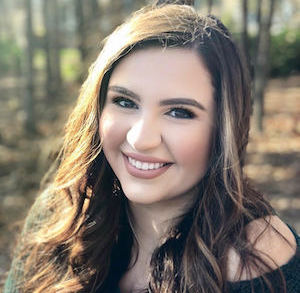 Katie Assoian is Employer Brand Specialist at Calendly working from Alpharetta, GA. Some of the things she loves to do in her free time: Baking, binge watching reality TV, spending time with family, and planning her next travel excursion.

A few pieces of wisdom from Calendly dads to inspire you this Father's Day.

Advice from some of our Black women teammates that has helped them grow their tech careers.

Calendlians share life lessons learned from their mother or throughout their own motherhood journey.